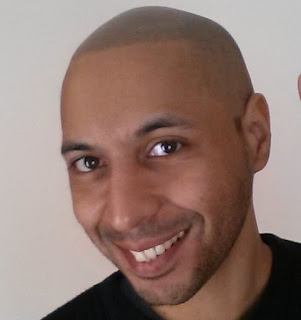 I Crushed Anxiety: And So Can You!

I’ve had anxiety for most of my life. Over 20 years to be precise. But I also am fortunate enough to know what it feels like to be on the other side. Totally free from the oppressive weight of mental illness. So I have a perspective that I don’t think is often heard about or discussed. What is it actually like to have escaped the clutches of something so powerful that it attempts to destroy you from the inside every single day? An invisible python which slowly strangles and then suffocates people in their millions, silently and often to their ultimate demise.

I want to share what that’s like because I’m shocked and saddened by how many people seem to be suffering from anxiety without knowing that it can be completely, totally and utterly eradicated.

I’m not talking about coping with it or managing it. I’m not talking about using breathing techniques or having to work to keep it under control. I mean GONE. Because I got rid of it, not once but TWICE. I’m not going to write what it’s like to be under the grip of anxiety. It doesn’t matter what label you give it (social, generalised, panic disorder) we all know that it’s hell. My mission is to educate those who HAVE anxiety. Not those who don’t. Because my opinion is that awareness needs to begin with the person WITH anxiety. Awareness is the key to crushing anxiety FOREVER. And isn’t that the ultimate goal?

Unfortunately, too many people seem to think that goal is unobtainable. Maybe that’s the negativity which anxiety brings in huge, metallic clouds. Maybe it’s what they’ve incorrectly picked up from the media or an authority figure. It might even be what they’ve learned from other anxiety sufferers. Let me put that straight; IT’S BULLSHIT. People need to be aware that anxiety can be beaten, often much quicker than you might think. The first time I had anxiety, I overcame it within ONE HOUR. I kid you not. All I did was make the decision that I wanted to eradicate it, which firstly entailed deciding I needed to get help. Then I looked for ways to get rid of it. Not ways to “cope” or stop it for an hour or two or suppress it. There are methods out there which will do that. Hypnotherapy was the one I used the first time I had anxiety. The second time, I used CBT.

But it all starts and ends with one person. YOU. Not your best friend, not your partner, not a therapist and certainly not a doctor. Whilst that might sound scary to some of you, please understand that this is actually the most positive and empowering thing you could possibly know. The power is totally within you already to get rid of anxiety. You see, most people don’t realise how strong they truly are. We talk about people who have overcome adversity as being strong, as if they are super-humans; stronger than us normal types. But they are no different to you and I. The only difference is that they found themselves in a situation that was so bad that they had only two choices - sink or swim. They chose to swim. Humans don’t tend to make the drastic shifts and effort required to turn their life around till they hit rock-bottom. I know because I’ve been there. TWICE. I was suicidal the second time. That’s enough to make most people finally decide that they need to take action. But not everyone, unfortunately.

What I’m saying is, don’t wait till you hit rock-bottom. It’s scary as FUCK. Make the decision to CRUSH anxiety NOW. Today! Don’t procrastinate. I know anxiety sufferers are prone to pontification, to over-thinking every minor excruciating detail, weighing up the pros and mostly cons of every situation but trust me on this; the longer you leave it, the harder it will get.

You may have to work through a  whole pile of shit. You’ll definitely have to face a few things you will have been suppressing. And you might not get the quick fix that hypnotherapy was for me, as everyone is different. CBT has no end date; it goes on for as long as it needs to. Here’s the good news though; the other side of the tunnel? It’s fucking AMAZING.

Imagine waking up from a nightmare that you've been having your entire life. A Groundhog Day where the same cycles of worry, fear, panic, avoidance, rumination, anger and tears keep cycling around your brain like  a washing machine on full speed. Imagine the link in that chain of destructive thoughts being broken; smashed to pieces with a battering ram. Imagine the weight of those dark, bulky emotions just melting away like an ice cube in a tall glass of orange juice on a beautiful summer day. It's a feeling of such immense freedom. Confidence seems to fill you up inside, washing away the negativity and repression. And most of the annoying, nit-picky, obsessive, indecisive traits went with it.

I didn't become a different person. It was as though the true me had been squashed under the weight of anxiety but that suffocating burden had now been lifted, allowing my soul to rise for the first time - the REAL me. And here's the weird thing - the real me wasn't shy and quiet. The real me was outgoing and outspoken. The real me was still an introvert, yes. But not afraid to do what he wanted, when he wanted.  The real me wasn't a beta male or a sheep. The real me was a leader. Dare I say, a maverick! My sense of humour and my values didn’t change but they became more prominent. I didn’t fear letting them out. I was finally able to realise my true potential. Until you eradicate anxiety, if you’ve had it all your life like I did, you won’t even know who you really are.

You might think right now, that you'll just be content to live a normal life. As long as you don't have anxiety, you'll settle for mediocrity. But I can say with almost 100% certainty that you will want way more than this. You'll want an INCREDIBLE life. Second best won’t be good enough for you. That's because you will have the confidence to go for your dreams and the motivation and drive to make up for lost time and achieve whatever you want.

That's the stage I'm in now. It's been a year since I can say I'm 100% anxiety free again. During that year, I’ve done a lot of reading, researching ways of creating that dream life and I want to share with everyone what I’ve discovered. I have a long way to go. Anxiety ruined my life, set me back a long way in terms of work and friendships. But mentally, I've never felt stronger. The tools and ideas I’ve gained over the past year have added so much to my life. Come along to my blog timothyphoenix.com/ and find out. Read about my life story in greater detail. If you ever want to chat about anxiety, reach out to me there too or on Twitter. My only aim is to help others and spread awareness that no matter what your situation, you can turn your life around. I’m living proof. And if I can do it, anyone can.

You can find Timothy Phoenix at...